It’s the 19th of January do you know where your fitspirations are?

Thanks to singer and dancer Teyana Taylor, I sure do. Upon pre-bedtime Instagram scrolling last night, I happened across a clip of Taylor’s new dance workout video in collaboration with Vogue. 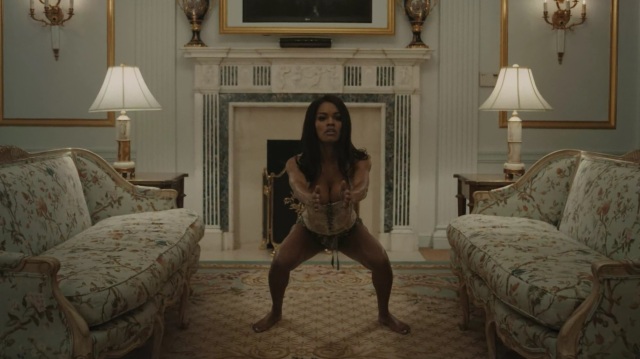 Set in a suite inside New York’s Waldorf Astoria with Chateau de Versailles-like vibes, Taylor unzips her multi-layered skirt topped with a lace-up corset and dances her way through squats, push-ups and yes – even bicep curls with Fabergé eggs.

“Dance is a workout. Dance is fitness,” Taylor told Vogue.

“I wanted to share my secret and show everybody how I get my body.”

The 1:20 video (which I’ve now watched 10-plus times) is a small taste of Taylor’s Fade2Fit project. The Fade2Fit website will soon offer dance-inspired workout videos from Taylor herself, and for those who can’t wait to literally fashion themselves after Taylor, athleisure merch from hoodies to thongs are already available on shopfade2fit.com.

In an interview with Forbes, Taylor said she wants to give “people hope that you don’t have to stick to the old rules of what it takes to be fit and in shape.”

The Business singer first had us picking our jaws off the floor last August when Kanye West debuted the music video for his song Fade which starred Taylor dancing in a gym covered in sweat wearing nothing but a sports bra and a thong. Her muscles, her movements, her confidence were awe-inspiring. Strong, beautiful, sexy and graceful in an athletic build – that’s my kind of gal.

The timing of seeing this video is coincidental for me. My friend got married on New Year’s Day and as part of a surprise for the guests, she and her hubby asked a few people to be a part of a flash mob at the reception. I had a blast learning choreography and dancing to a mix of top 40 tunes and Bollywood themes — actually performing in front of a large crowd was almost nauseating— but I digress.

Craving the beat in my feet again, I signed up for a Beyography dance class yesterday. It was my second time around to the Beyoncé-inspired class and we learned Ego – the remix, ironically features Kanye West. 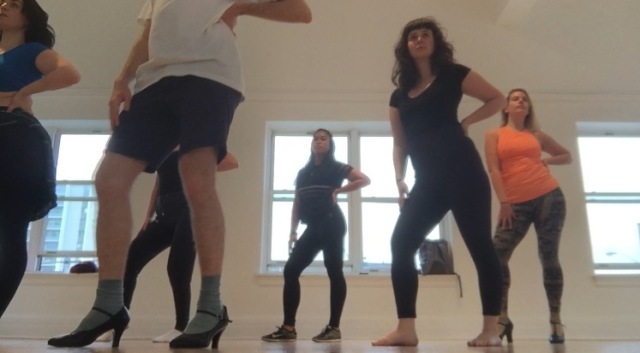 Rosalyn (centre) hiding out at the back of a Beyography class.

A good friend of mine has been teaching me about setting intentions and in my time off I’ve written down half a dozen off-the-cuff things I want to do. Two of those things included dance; attending another Beyography class (check) and learning Hawaiian hula dancing (TBD).

So after reading Vogue’s article and following Fade2Fit on Instagram, I shimmied my way over to the site which is taking pre-registrations for memberships – if that’s not a cue from the universe I don’t know what is.

I’m intrigued to see what the workouts will be like, and if they get me in good enough shape that I’d flaunt around in just a sports bra too, trust me – you’ll see it.